Experiment in Photoshop for Nine Seconds 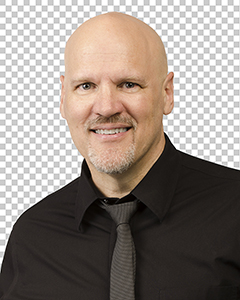 I’m a huge believer in the power of experimenting in Photoshop to help discover what’s possible. One of the comments I hear a lot is “I’m too busy to experiment”. Believe me, I understand about deadlines and getting your work done, so here’s my idea: experiment for nine seconds.

Generally, I think we’re creatures of habit: we do things a certain way in Photoshop because that’s the way we were shown at some point, or perhaps figured out for ourselves. So here’s where the nine second idea comes in. If you always use the Gaussian Blur Filter, try that Filter, then Undo and try a different blur filter, just for comparison. You may end up going back to Gaussian Blur, but by trying that quick experiment you see the effects of another filter – even if it’s to store that idea away for another project. Each time you do another nine second experiment you might pick up another idea.

So don’t worry about finding the time to experiment (play) for hours: just think about doing these nine second experiments to see what happens. You never know what you might learn.